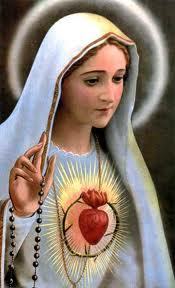 BREAKING: Pope Francis will consecrate Russia and Ukraine to the Immaculate Heart of Mary on March 25

In a shock announcement made March 15, the Vatican revealed that Pope Francis will consecrate Russia to the Immaculate Heart of Mary.
Tue Mar 15, 2022 – 1:01 pm EDT

VATICAN CITY (LifeSiteNews) — Pope Francis will consecrate Russia and Ukraine to the Immaculate Heart of Mary, the Vatican announced on Tuesday, following an appeal made by the Ukrainian Catholic bishops.

In an announcement released March 15, Matteo Bruni, the director of the Holy See Press Office announced:

On Friday 25 March, during the Celebration of Penance at which he will preside at 17.00 in Saint Peter’s Basilica, Pope Francis will consecrate Russia and Ukraine to the Immaculate Heart of Mary. The same act, on the same day, will be carried out in Fatima by His Eminence Cardinal Krajewski, Apostolic Almoner, as envoy of the Holy Father.

March 25 is the feast of the Annunciation. No further details were provided about the consecration, but the message was repeated on the Pope’s official Twitter account. LifeSiteNews has contacted the Holy See Press Office for further information.

On Friday 25 March, during the Celebration of Penance at 17.00 in Saint Peter’s Basilica, I will consecrate #Russia and #Ukraine to the Immaculate Heart of Mary. #PrayTogether #Peace

The news follows a heartfelt appeal made to the pontiff on March 2 by the Latin-Rite Catholic bishops in Ukraine, who asked Pope Francis to consecrate Russia and Ukraine “as requested by the Blessed Virgin in Fatima,” to bring an end to the current conflict.

Their statement, released on the morning of Ash Wednesday, referenced the current conflict in Ukraine, and called for the consecration to be done in the manner requested by Our Lady of Fatima in 1917. The letter reads:

Holy Father! In these hours of immeasurable pain and terrible ordeal for our people, we, the bishops of the Episcopal Conference of Ukraine, are spokesmen for the unceasing and heartfelt prayer, supported by our priests and consecrated persons, which comes to us from all Christian people that Your Holiness will consecrate our Motherland and Russia to the Immaculate Heart of Mary.

Responding to this prayer, we humbly ask Your Holiness to publicly perform the act of consecration to the Sacred Immaculate Heart of Mary of Ukraine and Russia, as requested by the Blessed Virgin in Fatima.

May the Mother of God, Queen of Peace, accept our prayer: Regina pacis, ora pro nobis!

Cardinal Krajewski, who will perform the consecration in Fatima on behalf of the Pope, has recently visited Ukraine as the Papal envoy during the current crisis, and spoke with the Ukrainian Catholic bishops. While in Lviv, Krajewski highlighted the power of prayer and faith to “move mountains” and to prevent the current conflict.

In July 1917, Our Lady of Fatima gave the three visionaries this message, asking for the explicit consecration of Russia to her Immaculate Heart:

To prevent this, I shall come to ask for the consecration of Russia to my Immaculate Heart, and the Communion of reparation on the First Saturdays. If my requests are heeded, Russia will be converted, and there will be peace; if not, she will spread her errors throughout the world, causing wars and persecutions of the Church. The good will be martyred; the Holy Father will have much to suffer; various nations will be annihilated. In the end, my Immaculate Heart will triumph. The Holy Father will consecrate Russia to me, and she shall be converted, and a period of peace will be granted to the world.

Our Lady of Fatima repeated the request in 1929, when she appeared to Sr. Lucia saying: “The moment has come for God to ask the Holy Father to make, in union with all the bishops of the world, the Consecration of Russia to My Immaculate Heart. By this means, He promises to save Russia.”

Controversy has reigned over the issue of the consecration of Russia, with some Catholics contending that it has taken place. However, while Pope John Paul II made an “entrustment-consecration” of the world, including Russia, to the Immaculate Heart of Mary on March 25, 1984, he deliberately avoided making the explicit mention of Russia as Our Lady had requested.

German Cardinal Paul Josef Cordes confirmed in 2017 that John Paul II “held back [from mentioning] Russia explicitly because the Vatican diplomats had urgently asked him not to mention this country because otherwise political conflicts might perhaps arise.”

The late Fr. Gabriele Amorth, former chief exorcist of Rome, had already noted how the consecration had not been performed as requested, saying “a specific consecration has not yet been made.”

“It is evident that the consecration (of Russia) was not carried out in the manner requested by Our Lady,” he added in October 2017. “Recognizing the necessity of a total conversion from atheistic materialism and communism to Christ, the call of Our Lady of Fatima to consecrate Russia to Her Immaculate Heart in accord with Her explicit instruction remains urgent.”

The cardinal doubled down in 2020, linking the global crisis caused through response to COVID-19 to the consecration not having taken place. “The consecration of Russia to the Immaculate Heart of Mary is more needed today than ever,” he said.

“When we witness how the evil of atheistic materialism, which has its roots in Russia, directs in a radical way the government of the People’s Republic of China, we recognize that the great evil of communism must be healed at its roots through the consecration of Russia, as Our Lady has directed,” Cardinal Burke continued.

Permanent link to this article: https://luisapiccarreta.com/breaking-new/

come back to me with all your heart,

Turn again to the LORD your GOD,

for HE IS ALL TENDERNESS and COMPASSION,

SLOW to anger RICH in GRACIOUSNESS,

and READY to RELENT

Book of Heaven
The Call of the Creature to the Order, the Place and the Purpose
for which He was Created by God
Volume 3; February 21, 1900

This morning my lovable Jesus began to make His usual delays.  May He be always blessed, for He always starts from the

beginning!  Indeed it takes the patience of a saint to bear Him; and one would have to deal with Jesus to see how much

patience it takes!  One who has not experienced it, cannot believe it, and it is almost impossible not to have a few huffs

with Him.Then, after being patient in waiting and waiting for Him, finally He came and told me:  “My daughter (Luisa), the

gift of purity is not a natural gift, but an attained grace; and it is obtained by rendering oneself worthy of sympathy.  The

soul becomes so through mortifications and through sufferings.  Oh, how worthy of sympathy becomes the mortified and

suffering soul!  Oh, how striking she is!  And I (God) feel such sympathy as to go mad for her, and whatever she (the

mortified and suffering soul) wants, I (God) give to her.  When you (Luisa) are deprived of Me (Our Lord God, Jesus Christ),

suffer My privation for love of Me (Jesus), which is the most painful suffering for you, and I (Jesus) will feel more

sympathy than before, and will grant you (Luisa) new gifts.”

Permanent link to this article: https://luisapiccarreta.com/ash-wednesday/

VALUE AND EFFECTS OF THE HOURS OF THE PASSION

Permanent link to this article: https://luisapiccarreta.com/value-and-effects-of-the-hours-of-the-passion/

LENT- 24 HOURS OF THE PASSION- SCHEDULE FOR GROUPS

Lent 2022 Hours of the Passion Schedule

Permanent link to this article: https://luisapiccarreta.com/lent-24-hours-of-the-passion-schedule-for-groups/

Permanent link to this article: https://luisapiccarreta.com/our-lady-of-america-booklet-second-edition/