Return to OTHER CATEGORY

Museum of The Holy Souls in Purgatory

Museum of the Holy Souls in Purgatory

Museum of the Holy Souls in Purgatory 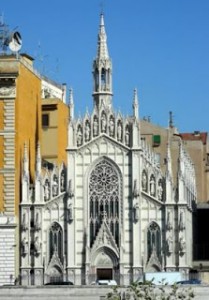 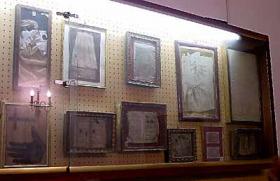 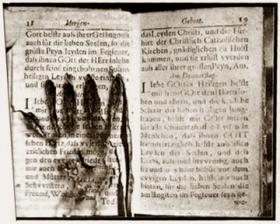 Located in the back of the Chiesa del Sacro Cuore del Suffragio on the banks of the Tiber, the tiny century-old Piccolo Museo Del Purgatorio, or “Museum of the Holy Souls in Purgatory,” holds a collection of bibles, prayer books, tabletops, and articles of clothing said to have been singed by the hands of souls in purgatory.

According to Catholic belief, the soul is stranded in purgatory until it atones for its sins, but can hasten its ascent to heaven through the prayers of loved ones still on earth. The scorched handprints and other burn-marks collected in this museum are believed to be the product of souls begging their earth-bound loved ones to pray harder.

Though not mentioned in the Bible, the idea of purgatory is a very old part of the Catholic faith, dating back to at least the 11th century. The notion that trapped souls might need to be freed comes from a story allegedly told to the Abbott Odilo of Cluny by a monk returning from the Holy Land. He told the Abbott how his ship had been wrecked, and he had been cast ashore on a mysterious island. A hermit who lived on the island related his own story of a mysterious chasm, from which burst forth demonic flames and the agonized screams of trapped souls. He pointed out that the demons were always complaining about losing souls when the living prayed or gave alms to the poor on their behalf.

The freeing of these trapped souls became a priority for the Church, and for family members grieving dead loved ones. November 2 was established as All Soul’s Day, whereon it was believed that prayers by the living could intercede on behalf of the faithful dead who had died without absolution, or babies who had died before baptism, thus freeing them for Heaven. (According to Catholic doctrine, one cannot go to hell from purgatory.)

Victor Jouet, the collector and French missionary, was supposedly inspired to build this purgatorial museum after a fire destroyed a portion of the original Chiesa del Sacro Cuore del Suffragio, leaving behind the scorched image of a face that he believed to be a trapped soul.
The museum’s tiny collection of objects is contained in one glass case.

Permanent link to this article: https://luisapiccarreta.com/other-category/museum-of-the-holy-souls-in-purgatory/