23 Reasons Why A Priest Should Wear His Collar

« Submitting Your Will to God’s Perfect Will Takes . . .
Do Not Allow Work, Worries, and Anxieties To Become… »

23 Reasons Why A Priest Should Wear His Collar 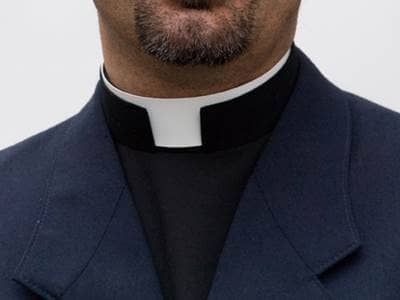 Founded over one hundred years ago, Homiletic & Pastoral Review is one of the most well-respected pastoral magazines in the world. HPR features solid articles on every aspect of pastoral life and eloquent weekly sermons that illuminate through exposition of Scripture. Subscribe to HPR here.

Msgr. Charles M. Mangan has been appointed by His Holiness, Pope John Paul II, to a position serving the Vatican’s Congregation for Institutes of Consecrated Life and Societies of Apostolic Life. Ordained in 1989, Msgr. Mangan formerly served the Diocese of Sioux Falls in several parishes.

Father Gerald E. Murray is a priest of the Archdiocese of New York. He is a graduate of Dartmouth College and was ordained in 1984 after completing studies at St. Joseph’s Seminary in Dunwoodie, N. Y. Currently he is studying canon law at the Gregorian University in Rome.

Permanent link to this article: https://luisapiccarreta.com/other-category/the-role-of-the-priests/23-reasons-why-a-priest-should-wear-his-collar/