“an anticipator and precursor of the modern pastoral care of vocations” 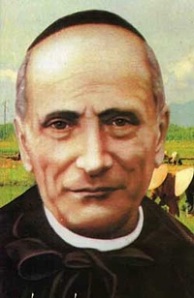 Annibale was born in Messina on 05 July 1851. His parents were Francesco Di Francia and Anna Toscano. The third of four children, his father died when he was two years old.

When he was eighteen he felt called by the Lord to the priesthood. “My calling was sudden, irresistible yet sure…” He was ordained priest on 16 March 1878 in the Church of the Holy Spirit. While still a deacon he met a poor blind man called Francesco Zancone. For Fr Annibale this meeting was providential. He discovered the Avignone district, the poorest in Messina, and he remained there. His charity transformed that place into a holy land and that populace into a people of God.

Love of God and Neighbour

Love for God and love for one’s neighbour became the norm that ruled his Christian and priestly life to the point of heroism. He loved children and the poor but he discovered another and greater poverty as well. It was the lack of good workers. This caused him such pain that he spent his whole life countering it.

Discovery of the Rogate

Delving into the inexhaustible richness of the Gospel he found a pearl of great price. It was the Rogate pearl. It means “…pray therefore to the Lord of the harvest to send workers into his harvest.” (Mt 9:37-38; Lk 10:2).

It seemed that these words of Jesus had always been part of him. The Lord had etched them in his heart and attuned it to his own Heart.

From then on this confident and unceasing prayer to God the Father, the Lord of the harvest, became his “obsession”, and the “secret of salvation” for so many men and women who would come to know the joy of the Gospel.

Captivated by Fr Annibale’s untiring service in the infamous Avignone area of Messina, a number of young women, moved by love of God, resolved to serve the downcast and to tirelessly implore God for workers for the harvest. Hence the Daughters of Divine Zeal congregation was born with Madre Maria Nazarena Majone as co-foundress.

The name “Daughter of Divine Zeal” (FDZ) expresses the ardent love (zeal) of Christ when “seeing the crowds he was filled with compassion, for they were harassed and helpless like sheep without a shepherd” (Mt 9:36).

With this name Fr Annibale encapsulated the ideal and the mission of each FDZ and of the whole Institute.

Fr Annibale also founded the Rogationist Fathers, entrusting both congregations with the mission to pray, to spread prayer for vocations and to be good workers themselves first of all.

A Life in the Service of God and Neighbour

On the occasion of his beatification on 07 October 1990, Pope John Paul II described Fr Annibale as “an anticipator and precursor of the modern pastoral care of vocations”. He was canonised a saint in Rome, Italy on 16 May 2004.

St Annibale’s response to the poverty of human beings was his prayer and charity. He became a symbol of Christ’s compassion and tenderness for all humans.

Permanent link to this article: https://luisapiccarreta.com/other-category/the-role-of-the-priests/st-annibale-maria-di-francia-patron-of-vocations/