Feast of the Divine Will

The Kingdom of The Divine Will in the midst of creatures.  Book of Heaven.  The call of the creature to the Order, the Place and the Purpose for which he was created by God’ 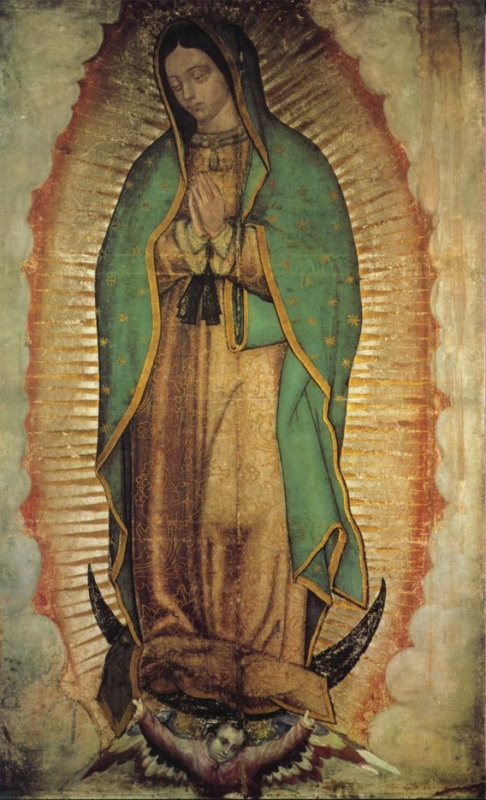 I continued to fuse myself in the Holy Divine Volition to requite my Jesus with my little love for everything He has done for mankind in Creation; and my
beloved Jesus, moving in my interior, in order to give more value to my little love, did what I was doing together with me.  Meanwhile, He told me:
“My daughter(Luisa), all created things were made for man, and all of them run toward man.  They have no feet, but they all walk, they all have motion, either to find him, or to be found.  The light of the sun departs from the height of the heavens in order to find the creature, illuminate him and warm
him.  The water walks in order to reach even into the human bowels, to quench his thirst and to refresh him.  The plant, the seed, walks, rips the earth and forms its fruit to give itself to man.  There is not one created thing which does not have a step, a motion, toward the one to whom the
Eternal Maker had directed it in its creation.  My Will maintains the order, the harmony, and keeps them all on their way toward the creatures. So, it is my Will that walks constantly toward the creature within created things; It never stops, It is all motion toward the one whom It loves so much.  Yet, who says a ‘thank you’ to my Will, which brings him the light of the sun, the water for drinking in order to quench his thirst, the bread to satisfy his hunger, the fruit, the flower to cheer him; and many other things which It brings to him to make him happy?  Is it not right that, since my Will does everything for man, man should do everything to fulfill my Will?

Oh, if you(Luisa) knew the feast that my Will makes in created things, when It walks to and serves one who fulfills my Will!  My Will, operating and fulfilled in the creature, and my Will operating in created things, kiss each other as they meet, they harmonize, they love each other, and form the hymn of adoration for their Creator and thegreatest portent of all Creation.  Created things feel honored when they serve a creature who is animated by that same Will which forms their very life. On the other hand, my Will takes the attitude of sorrow in those same created things when It has to serve one who does not fulfill my Will.  This is why it happens that many times created things place themselves against man, they strike him, they chastise him – because they become superior to man, as they keep intact within themselves that Divine Will by which they were animated from the very beginning of their creation, while man has descended down below, for he does not keep the Will of his Creator within himself.”

After this, I began to think about the feast of my Celestial Mama Assumed into Heaven; and my sweet Jesus, with a tender and moving tone, added:  “My daughter(Luisa), the true name of this Feast should be Feast of the Divine Will.  It was the human will that closed Heaven, broke the bonds with its Creator, made miseries and sorrow enter the field, and put an end to the feast that the creature was to enjoy in Heaven.  Now, this creature, Queen of all, by doing the Will of the Eternal One always and in everything – even more, it can be said that Her life was Divine Will alone – opened the Heavens, bound Herself to the Eternal One, and restored in Heaven the feasts with the creature.  Every act She did in the Supreme Will was a feast that She started in Heaven, it was suns that She formed to adorn this feast, it was melodies that She sent to delight the Celestial Jerusalem.  So, the true cause of this feast is the Eternal Will operating and fulfilled in my Celestial Mama.  It operated such prodigies in Her as to astonish Heaven and earth, chain the Eternal One with indissoluble bonds of love, and capture the Word even into Her womb.  The very Angels, enraptured, repeated among themselves:  ‘From where comes so much glory, so much honor, such greatness and prodigies never before seen, in this excelling Creature?  Yet, it is from the exile that She is coming.’ Astonished, they recognized the Will of their Creator as Life operating in Her; and, trembling, they said:  ‘Holy, Holy, Holy – honor and glory to the Will of Our Sovereign Lord.  And glory, and trice Holy – She who let this Supreme Will operate.’So, it is my Will that, more than anything, was and is celebrated on the day of the Assumption into Heaven of my Most Holy Mother.  It was my Will alone that made Her ascend so high as to distinguish Her among all.  Everything else would have been as nothing, had She not possessed the prodigy of my Will. It was my Will that gave Her Divine Fecundity and made Her the Mother of the Word.  It was my Will that made Her see and embrace all creatures together, becoming the Mother of all, and loving all with a love of Divine Maternity.  And making Her the Queen of all, It made Her rule and dominate.  On that day, my Will received the first honors, the glory and the abundant fruit of Its work in Creation, and It began Its feast, which It never interrupts, for the glorification of Its operating in my beloved Mother.  And even though Heaven was opened by Me, and many Saints were already in possession of the Celestial Fatherland when the Celestial Queen was assumed into Heaven, however, She Herself was the primary cause, having fulfilled the Supreme Will in everything, and therefore we waited for She who had honored It so much and contained the true prodigy of the Most Holy Will, to make the first feast for the Supreme Volition.  Oh! how the whole of Heaven magnified, blessed and praised the Eternal Will, upon seeing this sublime Queen enter the Empyreum, in the midst of the Celestial Court, all circumfused by the Eternal Sun of the Supreme Volition!  They saw Her all studded with the power of the Supreme Fiat; there had been not even a heartbeat in Her which did not have this Fiat impressed on it.  And, astonished, they looked at Her and said to Her:  ‘Ascend, ascend higher.  It is right that She who so much honored the Supreme Fiat, and through whom we find ourselves in the Celestial Fatherland, have the highest throne and be our Queen.’  And the greatest honor that my Mama received, was to see the Divine Will glorified.”

Permanent link to this article: https://luisapiccarreta.com/feasts/feast-of-the-divine-will/