POPE FRANCIS TAKES ON THE MOB 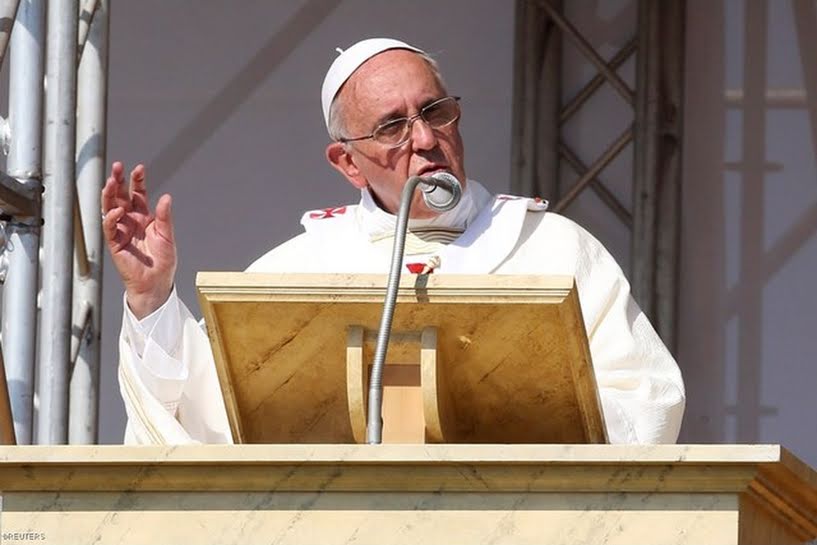 Pope Takes on the Mob

What happened when Francis “excommunicated” the mafia.

Gentle Pope Francis sounded more like an old fashioned “hellfire and brimstone” preacher when he condemned mafia violence over the weekend.   As he visited the crime torn region of Calabria, Pope Francis said that the gangsters “adore evil” and continued, “Those who in their lives follow this path of evil, as mafiosi do, are not in communion with God. They are excommunicated.”

Excommunication is a formal recognition that such behavior or beliefs have taken place. The necessity of excluding some people from the fellowship of the church is well grounded in Scripture. Jesus says in Matthew 18 that there is a method for correcting a brother, and the ultimate action is to “treat him as a Gentile and tax collector” — in other words, to exclude him.

St. Paul recommends excommunication for those guilty of sexual immorality, idolatry, drunkenness, swindling, but they can be restored through repentance and emendation of life. Writing to the Romans, Paul also says, “mark those who cause divisions contrary to the doctrine which you have learned and avoid them.” The second letter of St. John also recommends excommunication for doctrinal reasons.

In canon law excommunication is a “censure.” This means it is a medicinal discipline. It is not simply a punishment. In saying it is “medicinal” we mean that it is intended to help the person realize the error of their ways and bring them back into the fold. The intention therefore is not to exclude them forever or condemn them to hell for eternity, but to exclude them until such time that they repent and return to the way of the Lord.   Excommunication can be latae sententiae which means automatic, or it can be ferendae sententiae which means it is imposed by a competent church authority.

Earlier versions of canon law excluded the person from the fellowship of the church completely. It even indicated that some excommunications included the demand that the excommunicated person be shunned completely by the community while a lesser form stated that they were to be tolerated socially but excluded from holy communion and church leadership.

The current version of canon law simply excludes them from receiving communion, but encourages the excommunicated person to continue the obligation to attend Mass and participate in the work of the church. While they should attend Mass they may not lead any part of the Mass or be in leadership positions in the church.

The excommunication has to be recognized and declared by the bishop formally for it to be enforced.   Excommunication is lifted through the sacrament of reconciliation and a formal lifting of censure. This power is granted to bishops and often delegated to their priests. If the excommunication was incurred because of heresy or disobedience by a religious the person may be required to formally affirm the creed and make a new vow of obedience.

What happened when Pope Francis “excommunicated the Mafia”? He declared in an informal way that they have cut themselves off from the church. Their actions of greed and violence have caused them to be separated from Christ and if they continue on their path they are therefore cut off from Heaven. The Pope did not make a formal declaration of excommunication because to do that he would have to name names.

Finally, we must remember that the mission of the church is to draw souls to Christ and to his salvation and mercy. That’s the reason for excommunication and that is the ambition of the priest as he ministers the sacrament.

The church exists to offer Christ’s mercy to all who repent. Excommunication serves that greater goal.

Permanent link to this article: https://luisapiccarreta.com/pope-francis-takes-on-the-mob/