FEAST OF THE HOLY GUARDIAN ANGELS 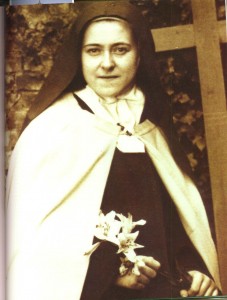 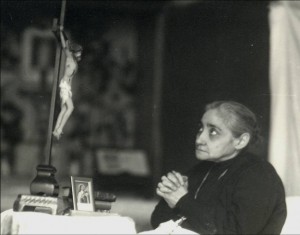 St. Therese a Doctor of the Church

The Beatification of Louis and Zelie Martin

On Saturday, July 11, 2008, 7:00P.M., it was announced that Louis and Zelie Martin, parents of St. Therese of Lisieux, will be beatified on Mission Sunday this year.

Louis Martin (1823 – 1894) was a watchmaker by trade, and quite a successful one. He also skillfully managed his wife’s lace business. But, as with so many men, Louis’ life had not turned out at all the way he had planned.

Born into a family of soldiers, Louis spent his early years at various French military posts. He absorbed the sense of order and discipline that army life engenders. His temperament, deeply influenced by the peculiar French connection between the mystical and the military, tended toward things of the spirit.

At twenty-two, young Louis sought to enter religious life at the monastery of the Augustinian Canons of the Great St. Bernard Hospice in the Alps. The blend of courage and charity the monks and their famous dogs manifested in rescuing travelers in Alpine snows appealed powerfully to Louis Martin. Unfortunately, the Abbot insisted the young candidate learn Latin. Louis, whose bravery would have carried him to the heights of the Alps in search of a lost pilgrim, got himself lost among the peaks and valleys of Latin syntax and grammar. His most determined efforts failed. He became ill and dispirited, and abandoned his hopes for the monastic life.

Eventually, Louis settled down in Alencon, a small city in France, and pursued his watchmaking trade. He loved Alencon. It was a quiet place and he was a quiet man. It even had a lovely trout stream nearby, offering him the opportunity to pursue his favorite recreation.

Most famous of Alencon’s thirteen thousand inhabitants were its lace makers. French people greatly admired the skill and talent required to produce the exquisite lace known throughout the nation as Point d’ Alencon.

Zelie Guerin (1831 – 1877) was one of Alencon’s more talented lace makers. Born into a military family, Zelie described her childhood and youth as “dismal.” Her mother and father showed her little affection. As a young lady, she sought unsuccessfully to enter the religious order of the sisters of the Hotel-Dieu. Zelie then learned the Alencon lace-making technique and soon mastered this painstaking craft. Richly talented, creative, eager, and endowed with common sense, she started her own business and became quite successful. Notable as these achievements were, Zelie was yet to reveal the depths of the strength, faith, and courage she possessed.

Louis Martin and Zelie Guerin eventually met in Alencon, and on July 13, 1858, Louis, 34, and Zelie, 26, married and began their remarkable voyage through life. Within the next fifteen years, Zelie bore nine children, seven girls and two boys. “We lived only for them,” Zelie wrote; “they were all our happiness.”

The Martins’ delight in their children turned to shock and sorrow as tragedy relentlessly and mercilessly stalked their little ones. Within three years, Zelie’s two baby boys, a five year old girl, and a six-and-a-half week old infant girl all died.

Zelie was left numb with sadness. “I haven’t a penny’s worth of courage,” she lamented. But her faith sustained her through these terrible ordeals. In a letter to her sister-in-law who had lost an infant son, Zelie remembered: “When I closed the eyes of my dear little children and buried them, I felt sorrow through and through….People said to me, ‘It would have been better never to have had them.’ I couldn’t stand such language. My children were not lost forever; life is short and full of miseries, and we shall find our little ones again up above.”

The Martins’ last child was born January 2, 1873. She was weak and frail, and doctors feared for the infant’s life. The family, so used to death, was preparing for yet another blow. Zelie wrote of her three month old girl: “I have no hope of saving her. The poor little thing suffers horribly….It breaks your heart to see her.” But the baby girl proved to be much tougher than anyone realized. She survived the illness. A year later she was a “big baby, browned by the sun.” “The baby,” Zelie noted, “is full of life, giggles a lot, and is sheer joy to everyone.” Death seemed to grant a reprieve to the Martin household. Although suffering had left its mark on mother and father, it was not the scar of bitterness. Louis and Zelie had already found relief and support in their faith.

The series of tragedies had intensified the love of Louis and Zelie Martin for each other. They poured out their affection on their five surviving daughters; Marie, 12, Pauline, 11, Leonie 9, Celine, 3, and their new-born. Louis and Zelie named their new-born; Marie-Francoise-Therese Martin. A century later people would know her as St. Therese, and call her the “Little Flower.”

Permanent link to this article: https://luisapiccarreta.com/feast-of-st-therese-the-little-flower/