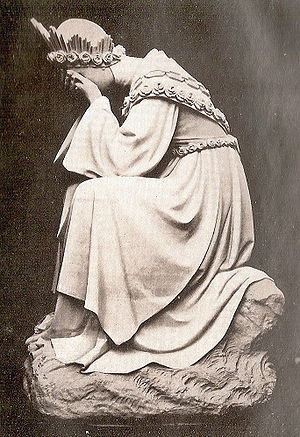 A globe of light opened to reveal a resplendent woman seated on a stone with her head in her hands. The children later described her as very tall and beautiful, wearing a long, white, pearl studded, sleeved dress, and a white shawl, with some sort of tiara or crown on her head. Hanging from her neck was a large crucifix adorned with a small hammer and pincers, with a brilliantly shining figure of Christ on it. The whole effect was as if she was made of light.
Speaking tearfully she told them that unless people repented she would be forced to let go the arm of her son because it had become so heavy. Mary went on to complain that she had to pray ceaselessly to her son for them, but the people still worked on Sundays and blasphemed. She also spoke of coming punishments for these sins, including crop blights and famine. She confided a secret to each of the children, which they were not to divulge, although eventually these secrets were made known to Pope Pius IX. 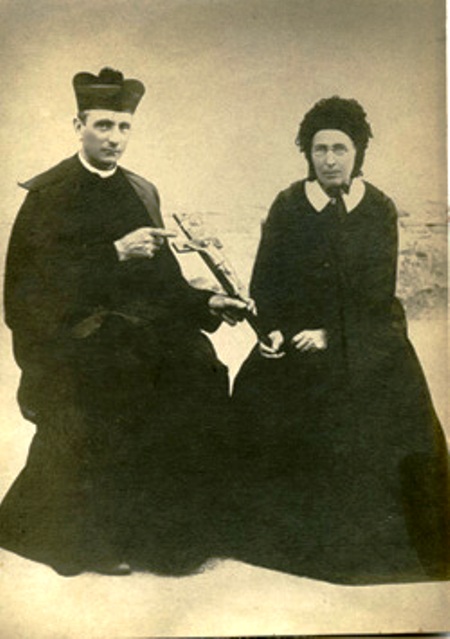 Permanent link to this article: https://luisapiccarreta.com/919-feast-of-our-lady-of-la-salette-france-1846/