3/25 The Annunciation in the Divine Will 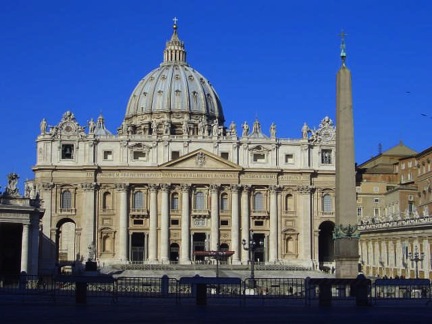 March 28, 1994 – Cardinal Felici’s letter from the Sacred Congregation of the Causes of the Saints to His Excellency Archbishop Carmelo Cassati.  The letter declared that on the part of the Holy See there was no impediment to opening the Cause for Luisa Piccarreta’s Beatification, and to therefore start the process.
November 20, 1994 – Feast of Christ the King: Archbishop Cassati officially opened the beatification cause of the Servant of God Luisa Piccarreta in the principal church of Corato, in the presence of a huge crowd of people, locals and foreigners. In October 2005 at the end of the closure of Luisa’s cause by the Archdiocese of Trani, all official documents were packaged and sealed for shipment to Congregation for the Causes of the Saints – The dicastery, or department, of the Roman Curia responsible to the Holy Father for the investigations which lead to the beatification and canonization of holy men and women. On March 7, 2006 those packages were officially opened by the Congregation for the Causes of the Saints. Thus began the “Roman Phase” of Luisa’s Cause. Roman Phase The Congregation for the Causes of the Saints appoints a Relator from among its College of Relators. His task is to supervise the writing of the Positio, a complete biography containing the evidence for or against the candidate. When completed the Positio is judged by the Congregation’s consultors, and then by a panel of theologians, whose vote determines whether the Positio is presented to the Cardinals of the Congregation for their vote. If the Cardinals approve, the Cause goes to the Pope, whose positive judgment on the Heroic Virtues of the Servant of God permits the person to be called Venerable. This Decree on the Heroic Virtues, together with a Decree approving a Miracle, permits the person’s Beatification.

On March 7, 2006, three days after the 59th anniversary of Luisa’s passage to Heaven, Luisa’s cause was officially opened in Rome. The official seals on the cases containing the documents from the Archdiocese of Trani were broken and the cases opened by the Congregation for the Causes of the Saints. In attendance were Padre Bernardino Bucci and the Vicar General of Trani Msgr. Savino Giannotti. Mass Reading for March 7, 2006 Matthew 6: 7 – 15 7  “And in praying do not heap up empty phrases as the Gentiles do; for they think that they will be heard for their many words. 8   Do not be like them, for your Father knows what you need before you ask him. 9   Pray then like this: Our Father who art in heaven, Hallowed be thy name. 10   Thy Kingdom come. Thy will be done, On earth as It is in heaven. 11   Give us this day our daily bread; 12   And forgive us our debts, As we also have forgiven our debtors; 13   And lead us not into temptation, But deliver us from evil. 14   For if you forgive men their trespasses, your heavenly Father also will forgive you; 15   but if you do not forgive men their trespasses, neither will your Father forgive your trespasses.

Permanent link to this article: https://luisapiccarreta.com/328-on-march-28-1994-cardinal-felicis-letter-declared-that-on-the-part-of-the-holy-see-there-was-no-impediment-to-the-opening-of-the-cause-for-the-beatification-of-luisa-piccarreta/