11/15 OUR LORD JESUS CHRIST KING OF THE UNIVERSE 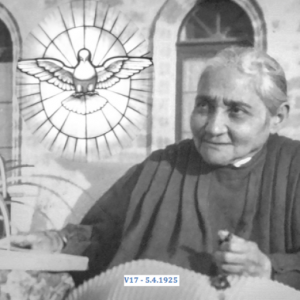 From the writings of the Servant of God,

I was doing the Hours of the Passion and, according to my usual way, I was pouring myself into the Holy Will of God, offering them for the good of all; but my will, as though wanting to appropriate them, very often would say: ‘My Jesus, in a special way for help, relief and liberation of this soul…’ And my sweet Jesus, reprimanding me, told me: “My daughter, everything that one does in my Will is like Sun that diffuses to all; and as one prays in my Will, offering my Blood, my pains, my wounds, these convert into as many rays of light which diffuse to all. They descend rapidly into the deepest prison of Purgatory and turn their pains and darkness into light. Therefore, it can be the same for everyone; and if there may be a difference, it can never be on the part of the one who gives, but of those who receive, according to the dispositions of each one. It happens as to the Sun, which gives light to all equally; it hits and warms one point of the earth just as any other. But who profits from this? Those who work. Which land produces fruit? That in which seeds have been sowed. Any other land, in spite of the light of the Sun, remains infertile. Therefore, distinctions do not exist in my Will; by Itself, It runs, It diffuses, and wants to give Itself to all – whoever wants, can take of It.”

I remained afflicted on hearing this, and Jesus added: “Ah! You would like to act like the Sun, if It wanted to concentrate Its light and Its heat in one point more strongly, to be able to warm it and illuminate it so much as to convert that point into the Sun itself; while it continues its regular course over all other things.” And I: ‘Yes, yes, it’s exactly this – it is the weight of gratitude that pushes me to this.’ Jesus smiled in hearing me, and He continued: “If this is the case, then go ahead and do it. But you must know that since my Will dominates everything, is everywhere, sustains everyone, is known in Heaven, on earth and even by demons, there is no one who can oppose It. In the same way, the soul who does my Will must dominate everything, be everywhere, sustain everything, and I want her to be known by all.”

And I: ‘My Love, I am known by no one. And He: “How is it – you are known by no one?! All angels and saints know you – one by one – and they anxiously await your operating in my Will, like a divine note, and the most harmonious one, which flows over everything they have done in life, to give them greater splendor and contentment. All purging souls know you, as they feel over themselves the continuous refreshment that the working in my Will brings. The demons know you from the power of my Will which they feel in you. And if the earth does not know you for now, it will know you later on.

It happens to one who does my Will, and I act with her, just as I did with my Celestial Mama: I constituted Her Queen of all, and I commanded all to recognize Her and honor Her as their Queen; and I commanded Her to crush with Her foot the head of the infernal dragon. So I do with those who live in my Will: everything is under their dominion, and there is no good which does not come from them.”

Permanent link to this article: https://luisapiccarreta.com/1114-universal-effects-produced-by-the-acts-done-in-the-divine-will/