Msgr. Paolo Rizzi, the new postulator of the Cause of Beatification of Luisa Piccarreta meets the Association

Msgr. Paolo Rizzi, the new postulator of the Cause of Beatification of Luisa Piccarreta meets the Association. 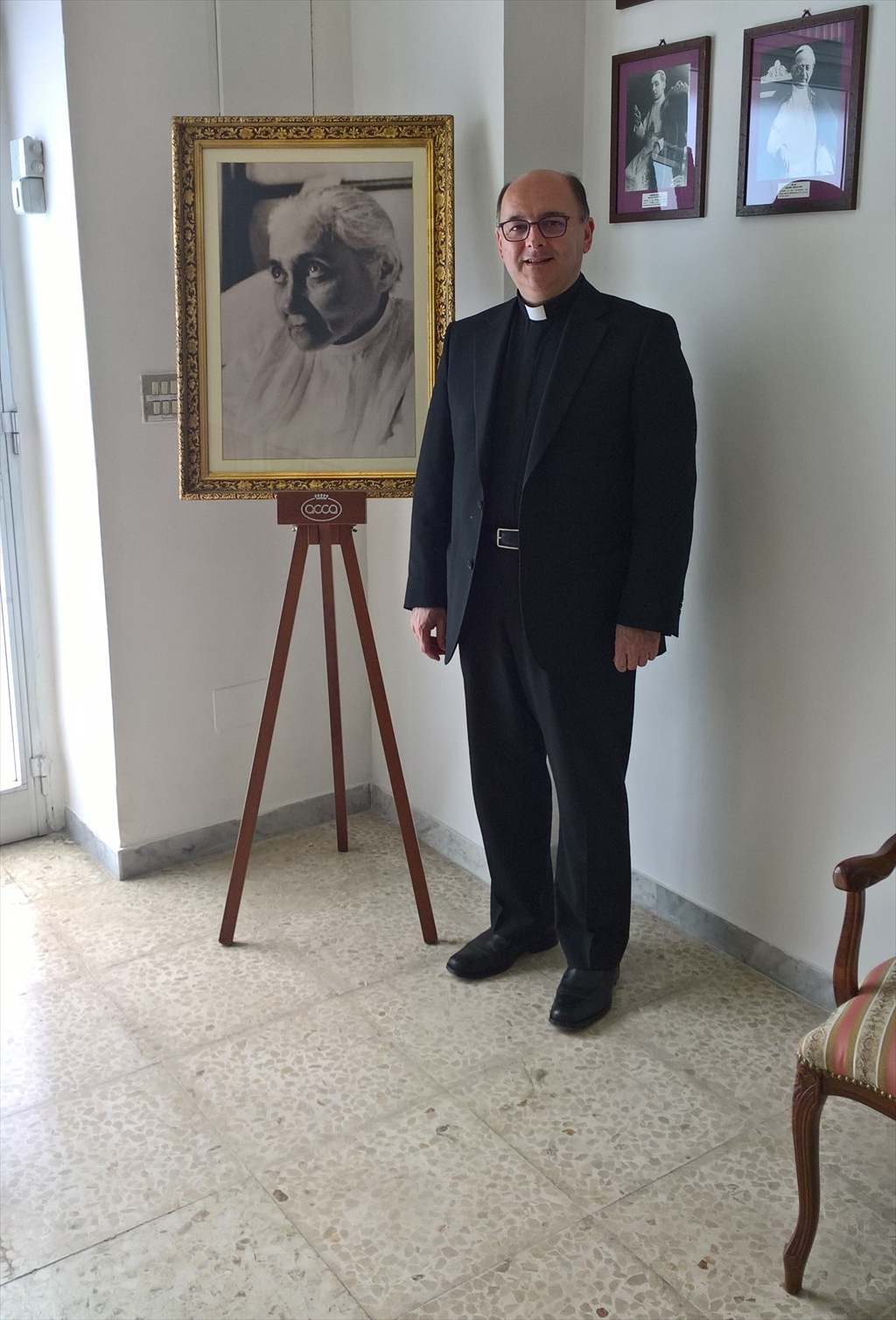 We received a great gift from our Celestial Mother during this Marian month, on the eve of the centenary of Her appearances in Fatima: the presence, in our midst, of Msgr. Paolo Rizzi, the new postulator of the cause of beatification and canonization of the servant of God Luisa Piccarreta. Msgr  Rizzi, incardinated in the Diocese of Vigevano, since 1998 is an official the Secretariat of His Holiness, in the General Affairs Section. He is also the postulator of the causes of canonization of Venerable Teresio Olivelli and Blessed Tommaso Reggio.

The meeting with Msgr. Rizzi began at mid-morning on May 12. After the visit to the Cathedrals of the cities of Barletta and Trani, in the afternoon  the meeting with Achbishop Giovan Battista Pichierri took place. The Bishop expressed  the hope that the process of beatification would achieve its goal for the benefit of the faithful throughout the world awaiting this act of the Church. Then he saw a provisional coincidence in the fact that this assignment fell on the 70thanniversary of Luisa’s death and on the centenary of the apparitions of Fatima. In fact, he enlightened the strong link between Fatima’s message and Luisa’s mystical experience. Finally, he stated the constant concern of many bishops throughout the world, who, through their letters, invites him to pursue the path he has undertaken.

Afterward, Msgr.Rizzi visited the tomb of the Servant of God in the Church of Santa Maria Greca and the House – Museum where he also met some pilgrims coming from the Philippines, Ireland, as well as from Italy who welcomed him with great joy and cordiality. Moreover, don Sergio presented the archive and explained all the documentation contained in it and that it is essential for the continuation of the Cause.

There then followed an initial meeting with the members of the Governing Council during which the postulator answered some questions regarding the Status Causae.

In the evening Msgr. Rizzi met the whole family of the Association during anassembly at Luisa Piccarreta Parish Center. At this meeting, after presenting to him all the various groups and activities of the Association, some testimonies highlighted the interest and love for Luisa and the Divine Will, especially the desire to be the spokespeople and evangelizers of such message, to leave everything to recovered the Whole, that is God and His Will.

Finally, some songs of adoration and praise, always characterised by the Divine Will, concluded the evening and brightened the moment of festive fraternity that followed.

Mgr Rizzi honored us with his presence the next day too, on May 13, at mid-morning, when he had a second meeting with the members of the Governing Council. During this encounter, they dealt more deeply with matters relating to the cause and the spreading of the message of the Divine Will in the world. Then he visited the exhibition dedicated to Luisa Piccarreta, which was inaugurated last  April 24 by the Archbishop and entitled “Seed of the Kingdom of the Divine Will.”

It was a fruitful and fertile exchange of reciprocal enrichment that transmitted to us so much hope and a strong desire to continue our commitment both to the Cause of Beatification and, above all, to the charisma that Luisa left us, that the Divine Will be fulfilled “on earth as in heaven“. Fiat!

He was born in Mortara (PV) in 1963. He was ordained a priest in 1990 and incardinated in the diocese of Vigevano. Hegraduated with a degree from the Pontifical Urban University of Rome. He attended the course for postulators at the Congregation for the Causes of Saints and the course of administrative practice on special processes at the Congregation of the Sacraments. He served for two years as vice pastor and for six years as caretaker pastor. He worked as a teacher of Religious Education, in Italian lower secondary schools and a professor of canon law at the Seminary of Vigevano. Since 1998 he is an official the Secretariat of His Holiness in the General Affairs Section. In 2003 he was appointed Chaplain of His Holiness. He published books, works and articles of contemporary history, canonical law and hagiography in local and national periodicals.

Permanent link to this article: https://luisapiccarreta.com/msgr-paolo-rizzi-the-new-postulator-of-the-cause-of-beatification-of-luisa-piccarreta-meets-the-association/