THE VIRGIN MARY IN THE KINGDOM OF THEE DIVINE WILL – DAY18

LUISA AND THE BENEDICTINES

Luisa and the Benedictines 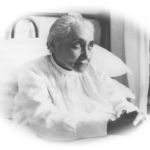 From Luisa’s letters  68. To Miss De Regibus, from Torino

My good daughter in the Divine Volition,

Forgive me for my delay in answering you. I was truly concerned and I still feel the need to hear news of Fr. Beda (*), but Fiat! It happens almost always like this, in this world that runs away from the poor humiliated. Fiat. We remain on the stake, burning in holocaust for that Fiat to which we have the duty to give our life; and so It forms my hiding place, my refuge and my strength. How could anyone live without a Will so holy? It would be as though living without breathing, without motion, without the principle for which we have been created; it would be as though walking with no earth under our feet. My Jesus, my Mama, free me from such a great misfortune!

Therefore, let us be attentive! Let us not give this sorrow to our dear Jesus – to live without the life of the Supreme Fiat. It is our life – fully and always ours; let us not put it aside, let us live together; let us make it breathe and move within us. Let us not lose the seed we have acquired by reading just the little drops of a Will so holy; but rather, let us water it with our repeated acts, so that its Life may grow, beautiful and flourishing, within our souls.

For us, to live in the Divine Will is a sacrosanct duty. No one can prevent us from doing so. And if we don’t do it, we will drag ourselves along in good, and true sanctity will be far from us.

I return your wishes: may the Divine Volition make of you one single act of Its Will. Then you would understand our sorrow and that of the Fiat, for not being able to make Its way in order to be known. How I’d love to receive a letter from good Fr. Beda! How much consolation would it not bring to our souls, lacerated under the press of a pain, which shows no signs of ceasing!

the little daughter of the Divine Will.

Andechs Monastery is located on the Holy Mountain above the eastern shore of Lake Ammersee in the middle of Upper Bavaria’s Five-Lakes Region is easily visible from far away. For more than half a millennium it has been a cherished destination for pilgrims.

Around early 1930, Maria de Regibus from Turin asked Don Calvi to send copies of the Treatise on the Divine Will and The Hours of the Passion of Our Lord Jesus Christ to well-known German Benedictine scholar, Fr. Ludwig Beda.

Fr. Beda a well known publisher of numerous books in several languages. A couple of months after reading the Treatise on the Divine Will, Fr. Beda wrote to Don Calvi asking permission to translate it into German. He called the Treatise greatest that has ever been written on this theme of the Divine Will.

Fr. Beda devoted himself primarily to the teachings on the Divine Will. It is reported he told Maria de Regibus:

“To be linked with such a soul as this [Luisa] is more precious to me than possessing half the world, because she communicates to me what is divine, with such abundance.. . . I have set aside my great work on stigmatics and humanly speaking I don’t think it will be published anymore . . . even though the editor wants to publish my work, I have not been able to persuade myself to set aside the Kingdom of the Divine Will . . . It seems to me that God wanted to put me to the test, to see what I would prefer. But the Kingdom of the Divine Will is over everything else. I remain faithful to the work to which I have consecrated myself with a vow.”

“The Kingdom of the Divine Will keeps me busy day and night. It is the most important thing in my life, and I would like this Divine Will to be my own life . . . The deeper we penetrate into this Treatise, the more we discover the divine, which absorbs us and penetrates us so gently and sweetly that to follow it and live it is everything.”

Fr. Beda also translated of The Hours of the Passion . He wrote to Luisa saying he had worked on the Hours every morning, every afternoon, and even at night, without interruption, with the exception of Sundays.

Fr. Beda’s work resulted in entire monasteries in Germany making the consecration to the Divine Will.

Buried at the Andechs Monastery

Permanent link to this article: https://luisapiccarreta.com/luisa-and-the-benedictines/