OCTOBER 11 FEAST OF THE DIVINE MATERNITY OF MARY

Feast of the Divine Maternity OF MARY 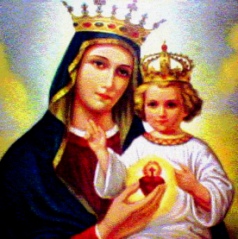 October 11: Feast of the Divine Maternity of Our Lady

This feast, observed throughout the Western Church on October 11, honor Mary as Mother of God, and bears the same sort of relation to the Annunciation and to Christmas as does the Synaxis of Our Lady in the Byzantine rite. It was long known in Portugal and elsewhere, but was finally instituted in 1931 by Pope Pius XI in view of the fifteenth centenary of the Council of Ephesus.

At the same time the Pope ordered at his own cost the restoration of the Marian mosaics in Saint Mary Major, much decayed through age. He issued an encyclical letter, “Lux veritatis.” In this, among the objects of the new festival, is named one truth that was particularly close to the heart of Pius XI, “…that Mary, who is loved and revered so warmly by the separated Christians of the East, would not suffer them to wander and be unhappily led further away from the unity of the Church, and therefore from her Son, whose vicar on earth we are.”

“On this occasion the heavenly Lady was full of the Holy Ghost and moreover bore within Her, as His Mother, the Divine Word, who proceeds from the Father and the Holy Ghost. Saint Joseph received special enlightenment and the plenitude of divine graces, and altogether renewed in fervor of spirit he said:

“Blessed art Thou, Lady, among all women, fortunate and preferred before all nations and generations. May the Creator of heaven and earth be extolled with eternal praise, since from his exalted kingly throne He has looked upon Thee and chosen Thee for his dwelling place and in Thee alone has fulfilled the ancient promises made to the Patriarchs and Prophets. Let all generations bless Him: for in no one has He magnified his name as He has done in thy humility; and me, the most insignificant of the living, He has in his divine condescension selected for thy servant.”

In these words of praise and benediction Saint Joseph was enlightened by the Holy Ghost, in the same manner as Saint Elizabeth, when she responded to the salutation of Our Queen and Mistress. The light and inspiration, received by the most holy spouse was wonderfully adapted to his dignity and office. The heavenly Lady, upon hearing the words of the holy man, answered in the words of the Magnificat, as She had done on her visit to Saint Elizabeth, and She added other canticles. She was all aflame in ecstasy and was raised from the earth in a globe of light, which surrounded Her and transfigured Her with the gifts of glory.

At this heavenly vision Saint Joseph was filled with admiration and unspeakable delight; for never had he seen his most blessed Spouse in such eminence of glory and perfection. Now he beheld Her with a full and clear understanding, since all the integrity and purity of the Princess of heaven and mystery of her dignity manifested themselves to him. He saw and recognized in her virginal womb the humanity of the infant God and the union of the two natures of the Word. With profound humility and reverence he adored Him and recognized Him as his Redeemer, offering himself to his majesty. The Lord looked upon him in benevolence and kindness as upon no other man, for He accepted him as his foster-father and conferred upon him that title. In accordance with this dignity, He gifted him with that plenitude of science and heavenly gifts which Christian piety can and must acknowledge.

*from The Woman in Orbit and The City of God by Ven. Mary of Agreda

Feast of the Divine Maternity

Permanent link to this article: https://luisapiccarreta.com/feast-of-the-divine-maternity-of-mary/