8/6 FEAST DAY OF THE TRANSFIGURATION

8/6 – Feast Day of the Transfiguration 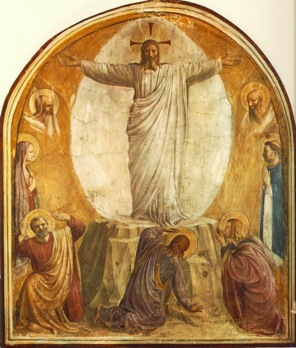 THE FOURTH LUMINOUS MYSTERY – THE TRANSFIGURATION

Through the knowledges and truths on the living in the Divine Will, Jesus manifests His Divinity to the soul; He manifests how His Divine Will operated with His human will, He manifests the interior life of the Incarnate Word, He transfigures Himself before her eyes – and not just to give her simple news, but to let her share in His very Divinity, to transform her and transfigure her within Himself.  And the soul who lives in His Will is not frightened as were the disciples in hearing the voice of the Father; she does not need to descend from the high mountain of the Divine Will, because the Divine Will dwells within her; she cannot keep quiet about this manifestation, but will proclaim and effuse the Divinity of Christ through each of her acts; and the tent which she prepares as permanent dwelling for Jesus and the whole Celestial Court is her very being.

(Jesus)  “…It is my usual way to do minor things first, as preparation for greater ones – these, being the crowning of the minor things….  I maintained this order also in Redemption.  My birth was without glamour, rather, it was neglected; my childhood was without splendor of great things before men; my life in Nazareth was so hidden that I lived as if ignored by all; I adapted Myself to do the smallest and most common things of human life.  During my public life there were a few great things, but still – who knew my Divinity?  Nobody, not even all of the Apostles.  I passed through the crowds like any other man, so much so, that anyone could approach Me, talk to Me, and if needed, even despise Me.”  And I, interrupting Jesus’ speaking, said:  ‘Jesus, my Love, how happy those times were, and even happier those people who, just by wanting it, could come close to You, talk to You, and be with You!’  And Jesus:  “Ah! my daughter, only my Will brings true happiness.  It alone encloses all goods within the soul, and making Itself crown around the soul, constitutes her queen of true happiness.  Only these souls will be the queens of my throne, because they are a birth from my Will….”  (April 15, 1919  Volume 12)

(Jesus) “…My love wants to pour itself out; it wants to make known the excesses which my Divinity operated in my Humanity for the creatures – excesses which greatly surpass the excesses that my Humanity operated externally.  This is also why I often speak to you about living in my Will, which I have not manifested to anyone until now.  At the most, they have known the shadow of my Will, the grace and the sweetness of doing It.  But to penetrate inside of It, to embrace immensity, to be multiplied with Me and – even while being on earth – penetrate everywhere, both into Heaven and into the hearts, laying down the human ways and acting in divine ways – this is not yet known; so much so that not to a few will this appear strange, and those who do not keep their minds opened to the light of the Truth will not understand a thing.  But little by little I will make my way, manifesting now one truth, now another, about this living in my Will, so that they will end up understanding.

“Now, the first link which connected the true living in my Will was my Humanity.  My Humanity, identified with my Divinity, swam in the Eternal Volition, and kept tracing all the acts of creatures in order to make them Its own, to give to the Father a divine glory on the part of creatures, and to bring the value, the love, the kiss of the Eternal Volition to all the acts of creatures.  In this sphere of the Eternal Volition, I could see all the acts of creatures – those which could be done and were not done, and also the good acts done badly – and I did those which had not been done, and redid those done badly.  Now, these acts which were not done, except by Me alone, are all suspended in my Will, and I await the creatures to come to live in my Volition, and repeat in my Will that which I did.  This is why I chose you as the second link of connection with my Humanity, a link which becomes one with mine, as you live in my Volition and repeat my own acts.  Otherwise, on this side my love would remain without its outpouring, without glory from the creatures for all that my Divinity operated within my Humanity, and without the perfect purpose of Creation, which must be enclosed and perfected in my Will.  It would be as if I had shed all my Blood and suffered so much, and nobody had known it.  Who would have loved Me?  Which heart would have been shaken?  No one; and therefore in no one would I have had my fruits – the glory of Redemption.”

Interrupting Jesus’ speaking, I said:  ‘My Love, if there is so much good in this living in the Divine Will, why did You not manifest it before?’  And He:  “My daughter, first I had to make known what my Humanity did and suffered externally, to be able to dispose souls to knowing what my Divinity did inside.  The creature is incapable of understanding my work all together; therefore I keep manifesting Myself little by little.  Then, from your link of connection with Me, the links of other souls will be connected, and I will have a cohort of souls who, living in my Volition, will redo all the acts of the creatures.  I will receive the glory of the many suspended acts done only by Me, also from the creatures – and these, from all classes:  virgins, priests, lay people, according to their office.  They will no longer operate humanly; but rather, as they penetrate into my Will, their acts will multiply for all in a way which is fully divine.  I will receive from creatures the divine glory of many Sacraments administered and received in a human way, of others which have been profaned, of others sullied with interest, and of many good works in which I remain more dishonored than honored.  I yearn so much for this time; and you, pray and yearn for it together with Me, and do not move your link of connection with Mine, but start – as the first one.”  (January 29, 1919  Volume 12)

Oh! my Sun, my beautiful One, I want to enter right into the center, that I may remain submerged completely within this most pure light.  Oh Divine Sun, let this light precede me, follow me, surround me everywhere and penetrate into every intimate hiding place of my interior, that my terrestrial being may be consumed, and You may transform it completely in your Divine Being.

Oh! my all and beautiful Jesus, if You communicate so much peace in the few moments You manifest Yourself in this life – in such a way that one can suffer the most painful martyrdoms, the most humiliating pains with the most perfect tranquillity – what will it be like in Paradise?

Oh! how beautiful You are – all beautiful, oh my sweet Jesus!  (Volume 1) 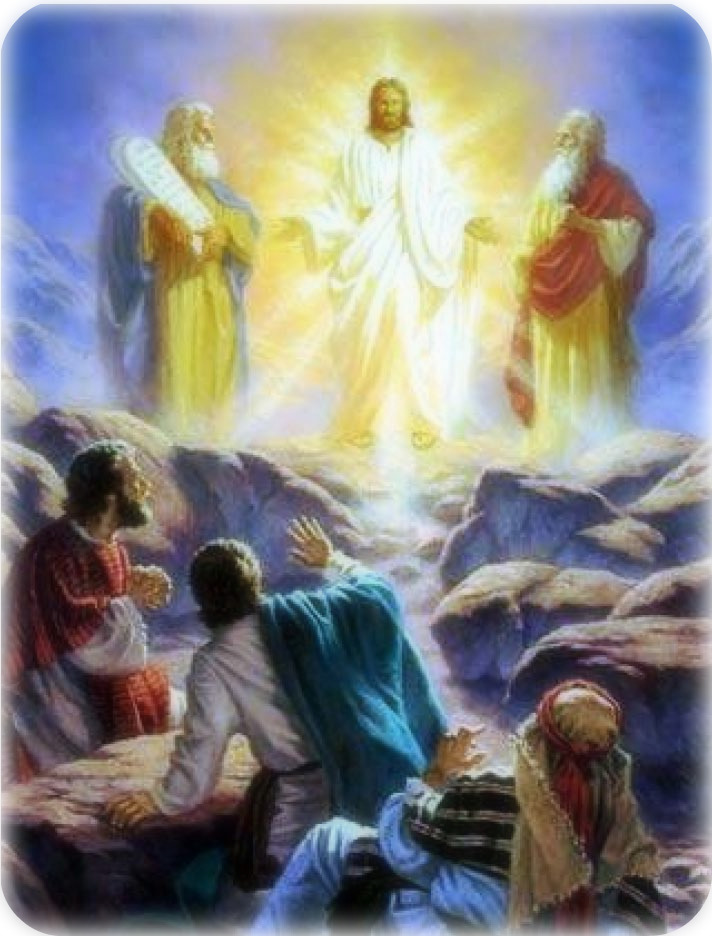 (Jesus:) “My daughter, as the sun, when it rises, makes the darkness flee, so it brings with it the dawning of the light which replaces the dampness of the night which has so invested the plants that they have become oppressed, numbed, and dejected. As the sun rises, that dampness changes into pearls making everything glisten: plants, flowers, and all of nature. It’s silvery brilliance restores joy and beauty as it removes the stupor of the night; and with its enchantment of light it seems as if it gives a hand to all of nature to vitalize her, make her beautiful, and give her life. The sea, the streams, and the springs become all armed and enlarge the diversity and vivacity of the colors.

“Similarly, as My Volition rises, all human acts rest enveloped with light, they take their place of honor in My Will, [and] each receives its special tint of beauty and the tone of the Divine colors – in such a way that the soul remains transfigured and covered with an indescribable beauty. As the Sun of My Volition rises It places in flight all the evils of the soul and takes away the numbness produced by the passions. Rather, before the Light of the Divine Fiat the same passions taste that light and seek to convert themselves into virtues so they may give homage to My Eternal Volition. As It rises all becomes joy, [even] the very sufferings [which], like the seas of the night, create fear in the poor creature. Where My Volition rises It puts to flight the night of the human will, and removing every fear It thoroughly forms Its gold in those pains, and with Its Light It invests the bitter waters of suffering and crystallizes them into seas of sweetness so as to form an enchanting and admirable horizon. What can My Volition not do? It can do all, and wants to give all; [and] where It rises, It does things worthy of Our creative hands.”  (March 22, 1927, Volume 21)

Permanent link to this article: https://luisapiccarreta.com/86-feast-day-of-the-transfiguration/