OUR LADY OF REVELATION

8/22 QUEENSHIP OF THE BLESSED VIRGIN MARY 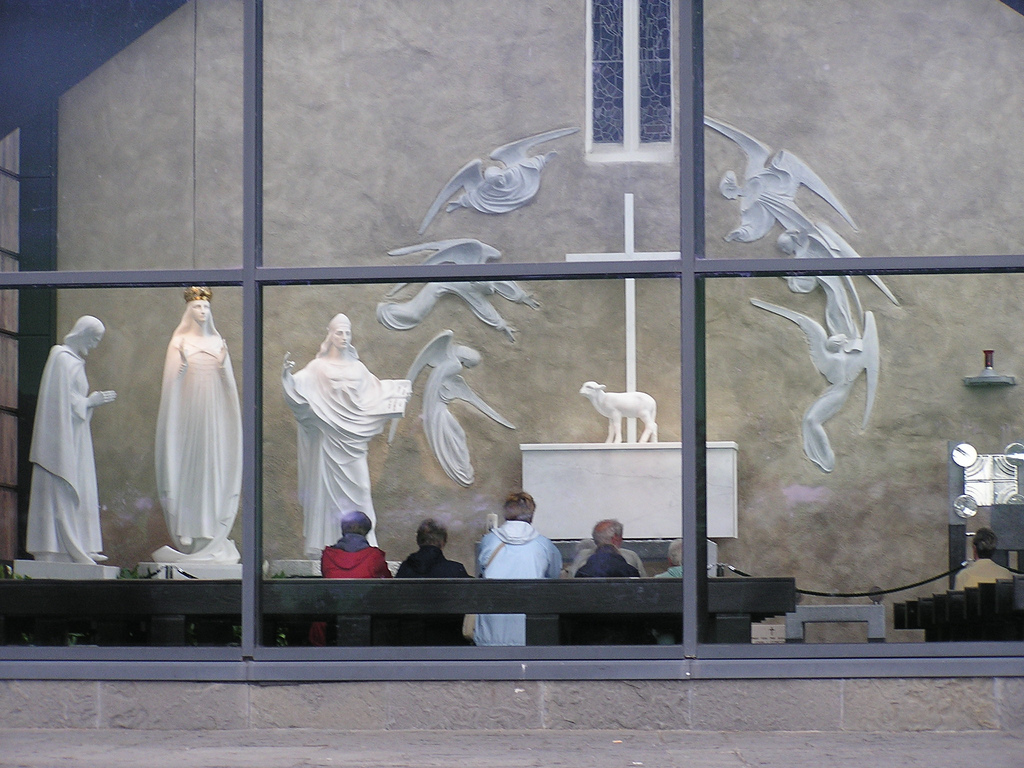 The Story of Knock began on Thursday evening of the 21st August, 1879, Our Lady, St. Joseph and St. John the Evangelist appeared at the south gable of the church at Knock, County Mayo, Ireland.

Beside them and a little to their left was an altar with a cross and the figure of a lamb, around which angels hovered.
There were fifteen official witnesses to the apparition – young and old – who watched and prayed for two hours in the pouring rain.

Two Commissions of Enquiry, in 1879 and 1936, accepted their testimony as trustworthy and satisfactory. 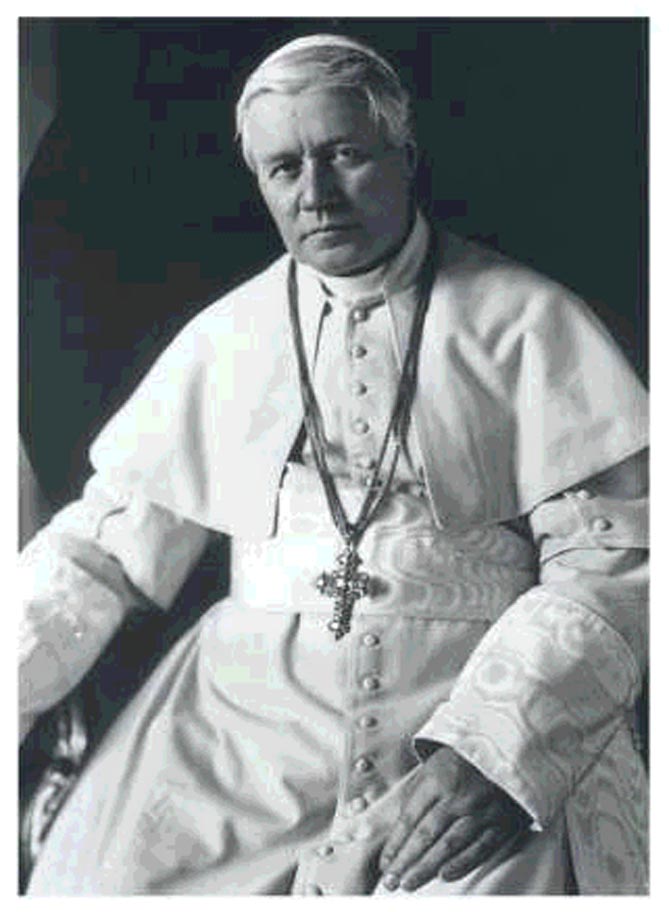 Was Pope during an 11 year period, soon followed by WWI,
when the Servant of God Luisa Piccarreta
completed the very important book “The Hours of the Passion”

Several witnesses relate that one day Father Annibale came to the house of Luisa more content than ever, and said that he had brought this book, “The Hours of the Passion”, to the Holy Father, Saint Pious X, who had received him several times in private audience. Father Annibale was reading him one of the Hours (that of the Crucifixion), when the Pope interrupted, saying: “Not this way, Father, but kneeling one must read. It is Jesus Christ that is speaking.” Finally, Father Annibale, as Censor of the writings, obtained the Imprimatur from His Excellency the Archbishop of Trani for the volumes written by Luisa (at that time there were already nineteen)

In the year of 1903 (the same year Leo XIII died and Saint Pius X was made Pope on August 9th), Luisa completed the 1st volume of her life, up to the point on February 28, 1899, when she was given the obedience to write.

Highlights: Pius X said that the motto of his pontificate would be “instaurare omnia in Christo”

By the Decree “Quam Singulari” (15 Aug., 1910), he recommended that the first Communion of children should not be deferred too long after they had reached the age of discretion.

He published, 22 November, 1903, a Motu Proprio on sacred music in churches, and at the same time ordered the authentic Gregorian Chant to be used everywhere.

In the Encyclical “Acerbo nimis” (15 April, 1905) he treated of the necessity of catechismal instruction, not only for children, but also for adults.

On 8 Sept., 1907, there appeared the famous Encyclical “Pascendi”, which expounds and condemns the system of Modernism.

An excerpt from the EWTN website on St. Pius X:

. . . The pope has at heart above all things the purity of the faith . . . In few years Pius X has secured great, practical, and lasting results in the interest of Catholic doctrine and discipline, and that in the face of great difficulties of all kinds. Even non-Catholics recognize his apostolic spirit, his strength of character, the precision of his decisions, and his pursuit of a clear and explicit programme. 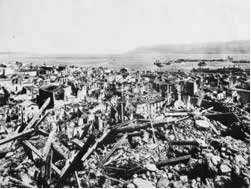 City of Messina after the 1908 Earthquake

Jesus foretells to Luisa the earthquakes in Messina, Sicily and Calabria and how large areas of the world will be destroyed by earthquakes, floods, and wars. Five hours later, a massive earthquake destroyed the city of Messina, Sicily, burying thousands of people under a mass of rubble. Not a single one of Fr. Annibale’s orphans died in the earthquake, but 13 of his nuns perished in the ruins. Responding immediately to the disaster, Pope Pius X sent money to relieve the victims, including private funds specially earmarked for the orphans. Through his fatherly concern for the orphans of Messina, the pope formed a deep admiration for Fr. Annibale Di Francia, an esteem destined to have a profound impact on Luisa Piccarreta’s life and work.

Finding myself in my usual state, I felt as if the earth were wavering and that it wanted to fall out from under me. I became horrified, and said to myself: “Lord, what is this?” Upon which, in my interior, He said: “Earthquakes.” Then He became silent.

I nearly didn’t pay attention to Him, and remaining somewhat in myself I continued my usual interior acts. Thereupon, after five hours had passed since He had first spoken to me, I sensibly felt the earthquake. Consequently, hardly had I finished feeling it, then I found myself outside of myself.

Somewhat confused, I saw agonizing things. However I was immediately removed from the sight of that, and I found myself inside a Church. From the altar came a Young Man dressed in white, who I believe was Our Lord—but I couldn’t say for sure. That Young Man, coming close to me, with an imposing look said to me: “Come.” I felt crushed, without being able to lift myself up. Also I noticed in myself that, at the same time, I was being scourged and destroyed. I said, almost refusing the invitation: “But Lord, is it already time to take me?”

Then that Young Man threw Himself into my arms, and in my interior I heard said to me: “Come, oh daughter, so I can finish with the world. This is because I will destroy large areas of it with earthquakes, floods, and wars.” After that, I found myself within myself.

Permanent link to this article: https://luisapiccarreta.com/821-our-lady-of-knock/