The Hope of the Resurrection 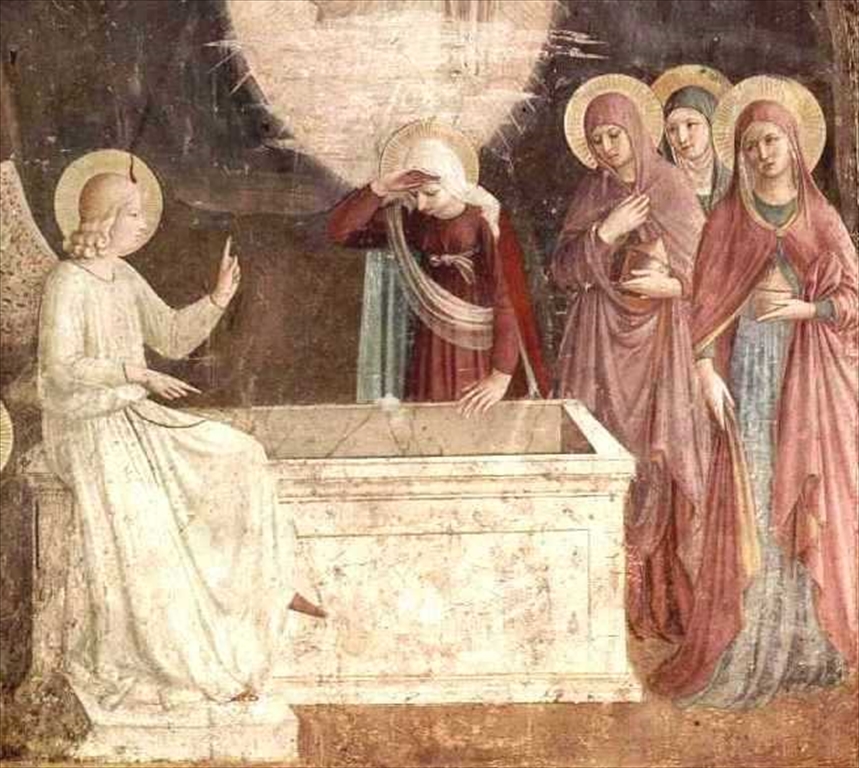 “At daybreak on the first day of the week…. they went to the tomb. They found the stone rolled away from the tomb; but when they entered, they did not find the body of the Lord Jesus.” (Luke 24:1-3)

On Holy Saturday, the day before Resurrection, humanity seems to live its darkest moment: the total absence of God, after the death on the cross of God’s only Son, seems to frustrate every hope. A great void was created between Heaven and earth, God abandoned forever his creatures!

But, in this false and bitter reality, God has already called Jesus to Him, indeed, He has already resurrected Him and Jesus is alive in the nether world announcing salvation, so that no one is excluded from it. With his descent into the nether world,  He has thrown open the doors of salvation to the whole cosmos,  the whole of humanity to free it from the darkness in which it lies. And those who believe in Him will be saved  “for, if you confess with your mouth that Jesus is Lord and believe in your heart that God raised him from the dead, you will be saved.  For one believes with the heart and so is justified, and one confesses with the mouth and so is save.” (Romans 10: 9-10)

This truth is the foundation of faith for all believers. If Christ has not raised, even though he emptied himself taking the form of a slave, performed miracles and died, without sin, on the cross, our faith would be based on an unstable foundation

Death could not hold him!

If at first the good news, announced by the women, provokes incredulity, even among the disciples themselves, it gradually reopens the road to hope, the hope that a new life has been prepared for each creature in whom the faith reigns.  A life beyond death, “I am the resurrection and the life; whoever believes in me, even if he dies, will live”. (John 11:25).  Therefore, there will be a resurrection for us too, and we will be clothed with immortality. We will have a new and glorious body, transformed by the Holy Spirit to be like Christ. Christ is risen and lives for ever and ever, through Him also all human beings on whom death passes, will rise again. This is our sure hope.

In the light of the Divine Will, the Resurrection puts together all that was torn from Jesus’ Humanity during His sorrowful Passion. Nothing has to be wasted,  but everything has to be reunited again to Jesus’ Humanity, which incorporates all creatures within itself. So,  after this,  if one wanders away from Jesus, it is out of his obstinate will that he tears himself from Him to go out and be lost.

The portent of Redemption was the Resurrection, which, more than refulgent sun, crowned Jesus’ Humanity, making even His littlest acts shine, with such splendor and marvel as to astonish Heaven and earth. The Resurrection will be the beginning, the foundation and the fulfillment of all goods – crown and glory of all the Blessed. Jesus’ Resurrection is the true sun which worthily glorifies His Humanity; It is the  true glory of every Christian. Without Resurrection, it would have been as though heavens without sun, without heat and without life. It is the symbol of the souls who will form their sanctity in the Divine Will.

During the course of His Life on the earth Jesus enclosed the Supreme Will in each one of His acts, breaths, gazes – in everything. And as He kept enclosing It, the Divine Volition prepared for Him the glory.

Sin had taken away all the  rights of the creatures.  Man – because he had withdrawn from the Divine Will, had broken the binding link which joined him with God, which gave him all the rights of his Creator. Therefore Jesus offered Himself to come upon earth in order to restore all this. And He didn’t descend upon earth under royal guises, but he became man. He had to redo all the creatures, in everything, to bring the creature back to creation and give back to God the glory.

In His Humanity, Jesus took all the miseries of man upon Himself and crucified them dying upon the cross. In being raised up His Humanity gave the right to all creatures to be raised up into glory and into Eternal bliss not only in their souls, but also in their bodies. Jesus’ Humanity enclosed within itself the seed of the resurrection of everyone, and in virtue of this seed being in Jesus, It gave to all the good of being able to rise up from the dead.

Jesus’ Resurrection is the confirmation of the Fiat Voluntas Tua on earth as It is in Heaven.

Permanent link to this article: https://luisapiccarreta.com/326-holy-saturday/