3/13 Love is My Perennial Passion

Love is my perennial “Passion”

The agony of Jesus in the garden of Gethsemane (first part) 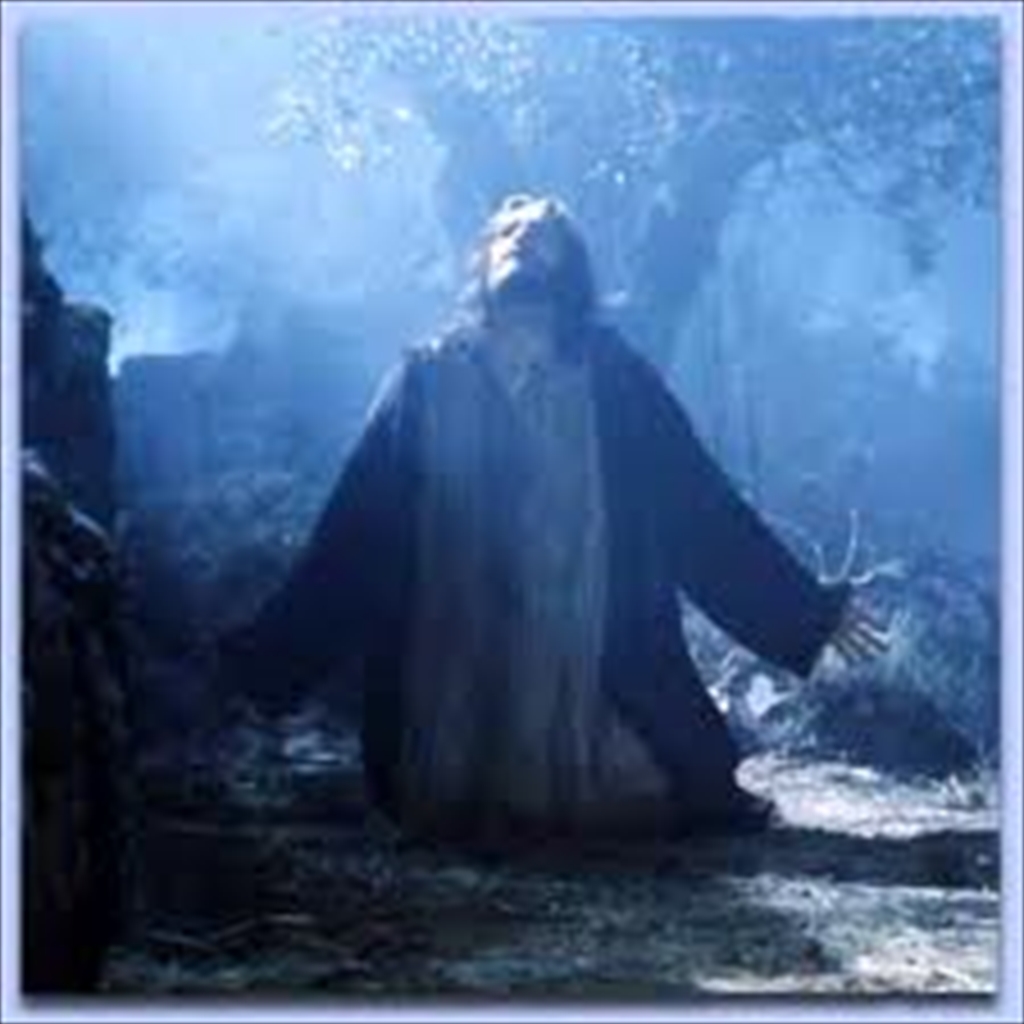 The story of the Passion according to Mark begins and ends by describing this interior torment of Jesus; also under the cross Jesus will revive his inner passion in the question that He screams from the cross: “My God, my God, why have you forsaken me?” (Mk 15:33). The inclusion is a narrative way, to say that what was told at the beginning and at the end there was also “in the middle”.

This inner passion  didn’t last a moment, it didn’t happen only in the garden of Gethsemane, but it accompanied all the passion of Jesus. The Gospels are always very sober in revealing the inner world of Jesus. The few times in which they do it, they deserve a lot of attention: the gospel of Mark is one of those moments. In this path also Luisa will help us because it is precisely with the Hours of the Passion, that she introduces us into the inner world of Jesus and says how He lived those moments so important and difficult of his life.

We will try to deeply analyze this passage of Jesus’ prayer and we’ll let Luisa and Emeritus Pope Benedict XVI help us, as Luisa in the Hours of the Passion and in some passages of her writings, meditated on this moment of the Passion of Jesus, and Pope Benedict XVI dedicated his Wednesday audience in February 2012 to the prayer of Jesus in the Garden of Olives, precisely the Gospel of Mark and it is very interesting to note that, in this catechesis, and in other talks of Pope Emeritus, there are some indirect quotes from the Hours of  the Passion and other passages of Luisa’s writings.

32 Then they came to a place named Gethsemane, and he said to his disciples, “Sit here while I pray.” 33 He took with him Peter, James, and John, and began to be troubled and distressed. 34 Then he said to them, “My soul is sorrowful even to death. Remain here and keep watch.” 35 He advanced a little and fell to the ground and prayed that if it were possible the hour might pass by him; 36 he said, “Abba, Father, all things are possible to you. Take this cup away from me, but not what I will but what you will.” 37 When he returned he found them asleep. He said to Peter, “Simon, are you asleep? Could you not keep watch for one hour? 38 Watch and pray that you may not undergo the test. The spirit is willing but the flesh is weak.” 39 Withdrawing again, he prayed, saying the same thing. 40 Then he returned once more and found them asleep, for they could not keep their eyes open and did not know what to answer him. 41 He returned a third time and said to them, “Are you still sleeping and taking your rest? It is enough. The hour has come. Behold, the Son of Man is to be handed over to sinners. 42 Get up, let us go. See, my betrayer is at hand.”

How can we proceed with reading and learning the message that the Gospel offers us? Let’s start with an overview and then, little by little, let’s delve more deeply until we reach the heart of the story, the most important thing. It is as if we did a spiral path;  we will start with some exegetical considerations  in order to understand more the passage, then we will delve deep the message of the Gospel through the contribution that our Pope gives us to finally get to Luisa who, through the Hours of the Passion and her writings, allows us to have all the instruments to pray and grasp what the Lord now wants to tell us.

Some general comments on the text

The first thing we have to remember is what Jesus said: “Sit here while I pray.” (v.32) and then later “Remain here and keep watch” (v.34). These are the words that Jesus said to Peter, James and John.

Jesus ended the last supper with his disciples and went to the Garden of Olives to live a strong moment of intimacy with God. He left everyone else and took with him these three disciples. Why these three people? They are the three witnesses chosen and called first to contemplate the suffering of God because of the evil of the world. They are the representatives of the Church that have been chosen by Jesus to be witnesses of an important event.

The second element that we have to highlight  is that the scene takes place in the night! The Bible speaks of three nights of history, which created the three important days of the History of salvation. The first night is that of the primordial chaos, which we find in the book of Genesis (1), when God created the heavens and the earth and gave them to the man who, because of his sin, had turned away from his Creator. The second night is the fight with Jacob (Gen32: 24-32), when God formed his people of Israel by giving it a name, “Israel.” And the third night is that of the Mount of Olives, when the true Israel gives God his real name: “Abba”, Father! If in the creation God placed the world “beside himself”, the creation is the overflow of God’s love, now God himself “goes out of himself” (ecstasy of love!) and goes to the place much further away: on the mouth of the Son who is going to die on the cross. It is the birth of God in the world and the world in God.

The third element is the reference to the scene of the Transfiguration. If at Transfiguration the Father calls Jesus “Son”; Here, at the moment of “disfigurement” the Son calls him “Father.” Between the two scenes there is a profound unity, because there, on Mount Tabor, Jesus’ humanity allowed its divinity to shine; Here, in the garden, the divinity allowed all its humanity to shine.

Fourth element.  The Gospel of Mark doesn’t contains the Lord’s Prayer, not because it ignores it, but since it is a gospel for the catechumens, we can only know God as Father in baptism. But in this particular scene, this prayer is present in its essential parts: Abba Father, your will be done, let us not come into temptation. Mark returns to the Our Father in this scene, revealing “who God is” as we must turn to Him, what is the “center” of the Our Father, and what God has to “work” in us, that is to help us not to fall into temptation.

Let’s take a step forward in our reflection trying to delve deeper. The Holy Father can help us in this passage. He dedicated to this passage of the Gospel one of his Wednesday catechesis, on  February  1, 2012

Pope opened his catechesis saying: “The scenario of the Gospel narrative of this prayer is particularly significant. Jesus sets out for the Mount of Olives after the Last Supper while he is praying together with his disciples.”

These prayers probably allude to those psalms which are called psalms of ‘”Hallel”, psalms of praise that were sung or recited during the preparation for the feast of Passover, with which was exalted the power of God who freed the people from slavery of Egypt and all together they asked to God to assist, as then, his people during hard times. And like every year, for the feast of the Passover, Jesus prepared for that prayer, “but this time – said the Pope – something new happens”.

It seems that Jesus does not want to be left alone. Jesus would often withdraw from the crowd and from the disciples themselves to a lonely place or he would go up into the hills. Instead at Gethsemane he invites Peter, James and John to stay closer to him. They are the disciples he called upon to be with him on the Mount of the Transfiguration. This closeness of the three during his prayer in Gethsemane is important. On that night too Jesus was going to pray to the Father “apart”, for his relationship with the Father is quite unique, it is the relationship of the Only-Begotten Son, but He wants these three apostles to be near him.

In the Hours of the Passion,  at the fifth hour, Luisa feels drawn to Jesus, from his wounded heart, He calls her and she runs. She thinks to herself where this force that attracts her to Jesus comes from, perhaps it is state of bitterness in which Jesus is and for this reason He asks for her company… and  she flies to Him.

We  want to pause in our personal prayer to reflect on this desire of Jesus to live this moment of great suffering, crucial for his life, because that’s where Jesus decided to surrender. A time lived in intimacy with God the Father, and only with Him, because He had to accomplish His will, but He didn’t want to be alone,  He wanted the company of his disciples, as in the Hours of the Passion asked for Luisa’s company.

This detail shows that the moment of the Passion was not a private moment, but through these three apostles, representing the Church, each of us is called to be present there. And we, when we see Jesus offering his life, abandoning Himself totally in God and praying God in that way, full of inner sadness, we can review all our sorrows, our sufferings and our fears, as we also see Jesus’ fear.

Almost like a master, Jesus wants to lead us to see how in God’s faith and love we can live our difficult and sad moments of life. It is an invitation to live our “Gethsemane” looking at Jesus’ “Gethsemane”. Jesus, calling his three disciples, calls each of us to see how He faces his Gethsemane, trusting in the Father.

Permanent link to this article: https://luisapiccarreta.com/313-love-is-my-perennial-passion/