2/5 Padre Pio’s one secret wound was more painful than the others.

2/11 FEAST DAY OF OUR LADY OF LOURDES 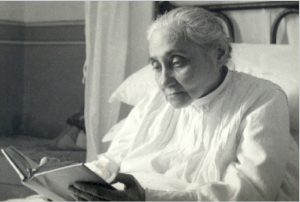 1 . The Large majority of humanity shall be gone after the Chastisements:
V2 – Oct. 4 1899 – “My daughter, man is a product of the Divine Being, and since Our food is love, always reciprocal, alike and constant among the Three Divine Persons, since he came out of Our hands and from pure and disinterested love, he is like a particle of Our food. Now, this particle has become bitter for Us; not only this, but the majority of them, by moving away from Us, have made themselves pasture for the infernal flames and food for the implacable hatred of demons, Our capital enemies and theirs. This is the Main Cause of Our sorrow in the loss of souls: they are Ours – they are something that belongs to Us. Likewise, the cause that pushes Me to chastise them is the Great Love that I have for them, so as to place their souls in Safety.”

2. The Blessed Mother shall Mark all Her little children of the Divine Will and they shall not be harmed by the Chastisements:
V33 – June 6, 1935 – “You Must Know that I always Love My children, My beloved creatures. I would eviscerate Myself in order to not see them stricken, So Much So that in the mournful times that shall come, I have placed them all into the hands of My Celestial Mama. I have entrusted them to Her, so that She keeps them secure for Me under Her mantle. I shall give to Her all those that She shall want, death itself shall not have power over those who shall be in the custody of My Mama.” Now while He said this, my dear Jesus made me see with deeds that the Sovereign Queen descended from Heaven with an indescribable Majesty and a Tenderness all Maternal, and She went around in the midst of creatures in all the nations and She Marked Her dear children, and those who Must Not be touched by the scourges.”

3. The Chastisements shall have little or no effect upon the little children of the Divine Will:
V33 – June 6, 1935 –“…Each one My Celestial Mama touched, the scourges had no power to touch those creatures. Sweet Jesus gave the right to His Mama of placing in safety whomever She pleased. How moving it was to see the Celestial Empress making her Round through all the parts of the world, that She took them in Her Maternal Hands, She entrusted them to Her bosom, she hid them under Her Mantle, so that no evil could harm those whom Her Maternal Goodness kept in Her custody, guarded and defended. O! if everyone could see with how Much Love and Tenderness the Celestial Queen did this Office, they would cry from consolation, and they would Love She who Loves them So Much.

4. The Survivors of the Chastisements shall be the little children of the Holy Divine Will:
V36 – Oct. 2, 1938 – “Daughter, I wanted to do this, by winning man through My Love, but human perfidy does not allow Me. Therefore I shall use Justice. I shall sweep the earth, I shall take away all the harmful creatures who, like poisoned plants, poison the innocent plants. Once I have purified everything, My Truths shall find the way to Give to the Survivors the Life, the Balm and the Peace that They contain; and everybody shall receive Them, Giving Them the kiss of Peace, to the confusion of those who did not believe in Them and even condemned Them. My Truths shall Reign and I shall have My Kingdom on earth: My Will be done on earth as It is in Heaven. Therefore, once again, let’s not move in anything. Let’s do Our Way and We shall Sing Victory; they can do their way, in which they shall find confusion and shame of themselves. It shall happen to them as to the blind, who don’t believe in the light of the sun because they don’t see it: they shall remain in their blindness, while those who See It shall Enjoy and Show Off the Goods of the Light with Complete Happiness.”

Saint of the Day for February 10

Twins often share the same interests and ideas with an equal intensity. Therefore, it is no surprise that Scholastica and her twin brother, Benedict, established religious communities within a few miles from each other.

Born in 480 of wealthy parents, Scholastica and Benedict were brought up together until he left central Italy for Rome to continue his studies.

Little is known of Scholastica’s early life. She founded a religious community for women near Monte Cassino at Plombariola, five miles from where her brother governed a monastery.

The twins visited each other once a year in a farmhouse because Benedict was not permitted inside the monastery. They spent these times discussing spiritual matters.

According to the Dialogues of St. Gregory the Great, the brother and sister spent their last day together in prayer and conversation. Scholastica sensed her death was close at hand and she begged Benedict to stay with her until the next day.

He refused her request because he did not want to spend a night outside the monastery, thus breaking his own Rule. Scholastica asked God to let her brother remain and a severe thunderstorm broke out, preventing Benedict and his monks from returning to the abbey.

Benedict cried out, “God forgive you, Sister. What have you done?” Scholastica replied, “I asked a favor of you and you refused. I asked it of God and he granted it.”

Brother and sister parted the next morning after their long discussion. Three days later, Benedict was praying in his monastery and saw the soul of his sister rising heavenward in the form of a white dove. Benedict then announced the death of his sister to the monks and later buried her in the tomb he had prepared for himself.

Permanent link to this article: https://luisapiccarreta.com/210-4-very-important-truths-of-the-coming-chastisements/