1/17 THE LAST WORDS OF LUISA PICCARRETA, HER SPIRITUAL TESTIMONY

1/18 THE RESURRECTED HUMANITY OF JESUS, SYMBOL OF THOSE WHO WILL LIVE IN HIS WILL

THE RESURRECTED HUMANITY OF JESUS, SYMBOL OF THOSE WHO WILL LIVE IN HIS WILL 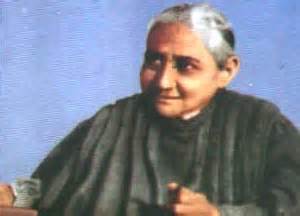 The Resurrected Humanity of Jesus, symbol of those who will live in His Will.

I was fusing myself in the Holy Will of my always lovable Jesus, and together with my Jesus, my intelligence was wandering in the Work of Creation, adoring and thanking the Supreme Majesty for everything and for everyone. And my Jesus, all affability, told me: “My daughter (Luisa), in creating the heavens, first I made the stars as minor spheres, and then I created the Sun as the major sphere, endowing It with so much light as to eclipse all the stars, as though hiding them within Itself, and constituting It king of the stars and of all nature. It is my usual way to do minor things first, as preparation for greater ones – these, being the crowning of the minor things. While being my relater, the Sun also conceals the souls who will form their sanctity in my Will; the Saints who lived in the mirror of my Humanity, as if in the shadow of my Will, will be the stars; the former souls, although coming later in time, will be the Suns.

I maintained this order also in Redemption. My birth was without glamour, rather, it was neglected; my childhood was without splendor of great things before men; my life in Nazareth was so hidden that I lived as if ignored by all; I adapted Myself to do the smallest and most common things of human life. During my public life there were a few great things, but still – who knew my Divinity? Nobody, not even all of the Apostles. I passed through the crowds like any other man, so much so, that anyone could approach Me, talk to Me, and if needed, even despise Me.” And I, interrupting Jesus, said: ‘Jesus, my Love, how happy those times were, and even happier those people who, just by wanting it, could come close to You, talk to You, and be with You!’ And Jesus: “Ah, my daughter (Luisa), only my Will brings true happiness! It alone encloses all goods within the soul, and making Itself crown around the soul, constitutes her queen of true happiness. Only these souls will be the queens of my Throne, because they are a birth from my Will. This is so true, that those people were not happy. Many saw Me but did not know Me, because my Will did not reside within them as center of life. Therefore, even if they saw Me, they remained unhappy. Only those who received the good of receiving the seed of my Will in their hearts disposed themselves to receive the good of seeing Me resurrected.

Now, the portent of my Redemption was the Resurrection, which, more than refulgent Sun, crowned my Humanity, making even my most tiny acts shine, with such splendor and marvel as to astonish Heaven and earth. The Resurrection will be the beginning, the foundation and the fulfillment of all goods – crown and glory of all the Blessed. My Resurrection is the true Sun which worthily glorifies my Humanity; It is the Sun of the Catholic Religion; It is the glory of every Christian. Without Resurrection, it would have been as though heavens without Sun, without heat and without life.

Now, my Resurrection is the symbol of the souls who will form their Sanctity in my Will. The Saints of the past centuries symbolize my Humanity. Although resigned, they did not have continuous act in my Will; therefore, they did not receive the mark of the Sun of my Resurrection, but the mark of the works of my Humanity before my Resurrection. Therefore, they will be many; almost like stars, they will form a beautiful ornament to the Heaven of my Humanity. But the Saints of the living in my Will, who will symbolize my Resurrected Humanity, will be few. In fact, many throngs and crowds of people saw my Humanity, but few saw my Resurrected Humanity – only the believers, those who were most disposed, and, I could say, only those who contained the seed of my Will. In fact, if they did not have that seed, they would have lacked the necessary sight to be able to see my Resurrected and glorious Humanity, and therefore be spectators of my ascent into Heaven.

Now, if my Resurrection symbolizes the Saints of the living in my Will – and this with reason, since each act, word, step, etc. done in my Will is a Divine resurrection that the soul receives; it is a mark of glory that she receives; it is to go out of herself in order to enter the Divinity, and to love, work and think, hiding herself in the refulgent Sun of my Volition – what is the wonder, if the soul remains fully risen and identified with the very Sun of my Glory, and symbolizes my Resurrected Humanity? But few are those who dispose themselves to this, because even in sanctity, souls want something for their own good; while the Sanctity of living in my Will has nothing of its own – everything is of God. It takes too much for souls to dispose themselves to this – to strip themselves of their own goods. Therefore, they will not be many.

You (Luisa) are not in the number of the many, but of the few. Therefore, be always attentive to the call, and to your continuous flight.”

Permanent link to this article: https://luisapiccarreta.com/118-the-resurrected-humanity-of-jesus-symbol-of-those-who-will-live-in-his-will/